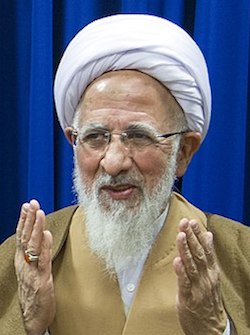 Grand Ayatollah Amoli is a lead­ing theologian and interpreter of the Qur’an. He is a prolific scholar having published over 300 articles and books. He is most well known for his commentary of the Qur’an, Tafsir al-Tasnim, which has been widely lauded by his peers. Amoli has remained a very public figure throughout his career, having led a diplomatic mis­sion to the USSR, and continues to speak publicly on current affairs.