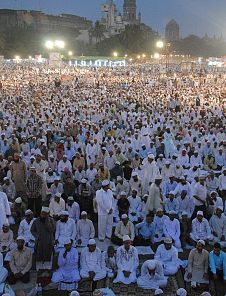 Hajji Abdul-Wahhab was the leader of the Pakistan chapter of the Tablighi Jamaat (TJ)—a transnational Islamic organization dedicated to renewing the practice of Islam—since 1992. Centred in Raiwind, Pakistan, this chapter has a huge following worldwide mainly through its subcontinent diaspora followers. As Amir, or leader of Pakistan’s Tablighi Jamaat, Hajji Abdul-Wahhab’s influence spanned globally. Considered a foremost da’ee, or inviter to the faith of Islam, Abdul-Wahhab spoke about the need to return to the correct beliefs and practices of Islam in numerous countries and congregations.

Hajji Abdul-Wahhab joined the TJ in 1944 during the lifetime of its founder Maulana Muhammad Ilyas Kandhelvi. This conferred a special status on Abdul-Wahhab. He migrated to Pakistan after 1947 and founded Madarssa Arabia near Raiwind Railway Junction. He was known as one of the first five men in Pakistan to embrace the teachings of the TJ and dedicated his life to it.

In Pakistan alone, Abdul-Wahhab’s influence won the allegiance of prominent politicians, actors, and sports stars. Despite his influence over key Muslim leaders from various fields of social power, Abdul-Wahhab was consistent in being apolitical and defined the work of the Tablighi Jamaat as a spiritual revivalist movement. He publicly stated the importance of non-violence in Islam and distanced himself from Islamic militants.