Zaid Shakir
Board Chairman and Co-founder of Zaytuna College, USA 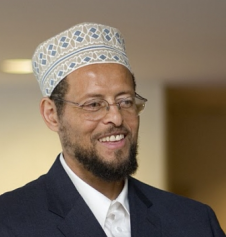 Zaid Shakir
Board Chairman and Co-founder of Zaytuna College, USA

Zaid Shakir is a senior faculty member and co-founder of Zaytuna College, Berkeley, California, the first accredited Muslim undergraduate college in the USA. Shakir accepted Islam in 1977 while serving in the United States Air Force. He obtained a BA in International Relations and later earned his MA in Political Science. In 2001, he graduated from Syria’s Abu Noor University with a BA in Islamic Studies. He is one of America’s top Islamic scholars, a voice of conscience, and a compelling force for the improvement of race relations for non-Muslims in America. He co-founded the New Brunswick Islamic Center, formerly Masjid al-Huda in NJ, Masjid Al-Islam in New Haven, CT, and more recent the Lighthouse Mosque, in Oakland, CA. He led the funeral prayer for the late boxing champion and human rights icon, Muhammad Ali. Inspired to work with religious groups on sustainable living and climate change, he is a Green Faith partner in action for the earth. Imam Zaid recently assumed leadership of Muslim Alliance in North America (MANA).