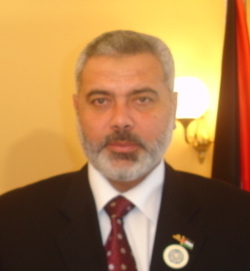 Haniyah was elected as the leader of Hamas’ political bureau in May 2017 after his predecessor, Khaled Mashal, had completed his two terms in office. Haniyah has been a senior political leader of Hamas for over 20 years and led Hamas to a shock win over Fatah in the 2006 elections. He served as one of two disputed prime ministers of the Palestinian National Authority. After being dis­missed by President Mahmoud Abbas, Haniyah con­tinued to exercise prime-ministerial authority in the Gaza Strip until 2014 when Hamas and Fatah agreed on a reconciliatory deal. Haniyah is a popular figure in Gaza, where he lives, and has broadened the appeal of Hamas in Gazan politics.