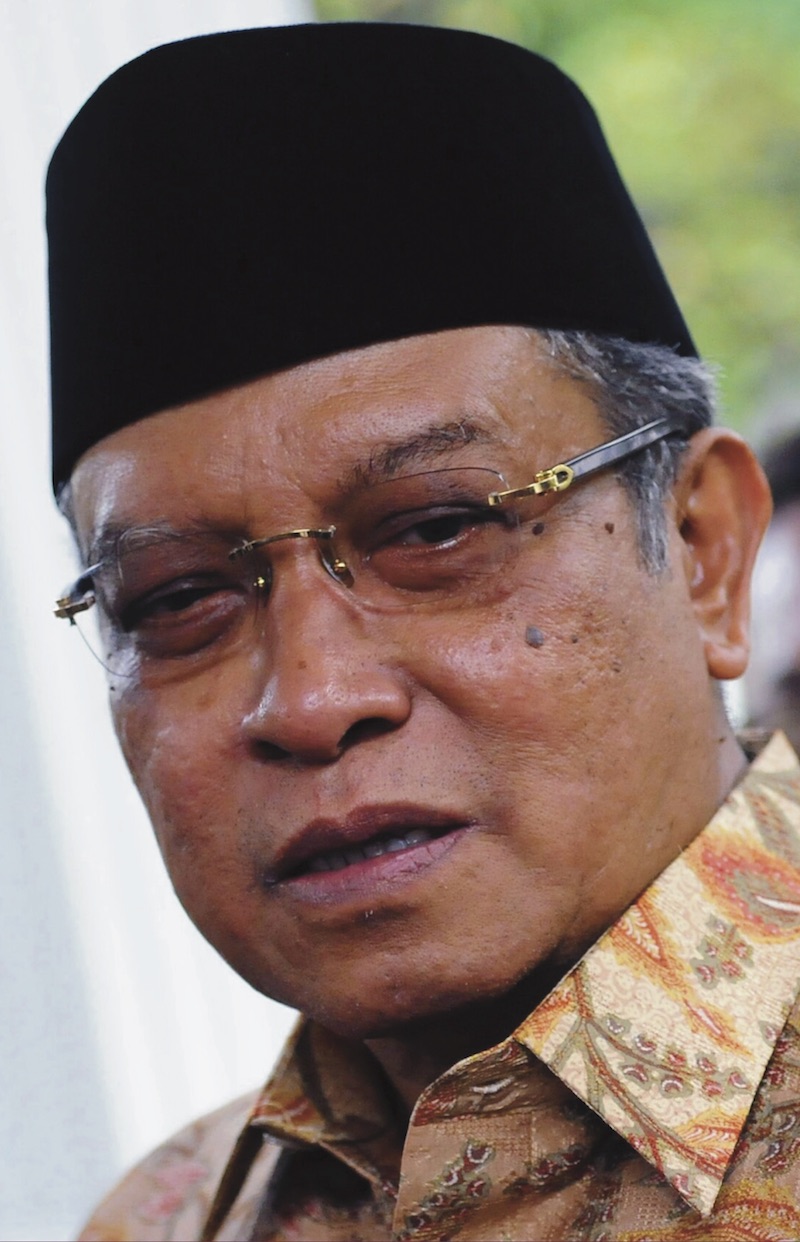 Siradj served as the Nahdlatul Ulama Chairman from 2010 to the end of 2021. He had previously served on Indonesia’s National Commission for Human Rights and was a strong advocate for minority rights. He has an extensive academic background in the Islamic sciences and regards education as a tool for development. He founded the Said Aqil Centre in Egypt, a study centre that focuses on developing Islamic discourse, particularly in the Arab World. He is involved in various organisations addressing social and religious issues.

Influence: Leader of approximately 40 million members of the Nahdlatul Ulama

Dr KH Said Aqil Siradj is the leader of Indonesia’s largest independent Muslim organisation and one of the world’s most influential Islamic organisations, Nahdlatul Ulama (NU), or ‘Awakening of Scholars’. Siradj guides millions through his work with the NU.

Head of Expansive Network: The Nahdlatul Ulama boasts an expansive network that covers 30 regions with 339 branches, 12 special branches, 2,630 representative councils and 37,125 sub-branch representative councils across Indonesia. This network practices the doctrine of Ahl as-Sunnah wal Jama’ah, which is Arabic for ‘people of the Sunnah (practices of the Prophet Muhammad) and the community’. They base their practices on the traditional sources of Islamic jurisprudence—mainly the Qur’an, Hadith, and major schools of law. Among its aims are the propagation of Nahdlatul Ulama’s message and also an expansion of its already extensive network of members in Indonesia. This is the basis of many of the organisation’s social reform efforts. With a solid structure of central and regional boards, branch and special branch boards, and various advisory councils, Siradj sits at the top of this influential Sunni movement.

Model of Traditionalism: With a mainly rural membership base, the Nahdlatul Ulama distinguishes itself from other Islamic organisations in Indonesia by positioning itself as a premier organisation of traditional Islam—with an emphasis on education and political engagement based on Islamic principles.

Social Service: The Nahdlatul Ulama has made substantial charitable contributions to Indonesian society in the fields of educational development, healthcare, and poverty alleviation. Siradj, like his predecessors, propagates the Nahdlatul Ulama as an organisation that is geared toward establishing a secular nation-state based on a body of modern and moderate Muslims—with agenda items such as anti-corruption laws and social reform measures that are deeply rooted in Islamic principles.
Human Rights Activism: Prior to his role as Nahdlatul Ulama chairman, Siradj served on Indonesia’s National Commission for Human Rights. Only a few weeks into his position as chairman of the country’s largest Muslim political party, and after violent clashes erupted in different churches across the country, Siradj made strong statements condemning the discrimination against Christian minority groups in Indonesia.

Educational Reform: Siradj has an extensive academic background in the Islamic sciences and regards education as a tool for development. He founded the Said Aqil Centre in Egypt, a study centre that focuses on developing Islamic discourse, particularly in the Arab World.

“You know who you are, so don’t try to pretend otherwise in front of others.”

Over 40 million members in Nahdlatul Ulama

1926 CE is the year Nahdlatul Ulama was founded