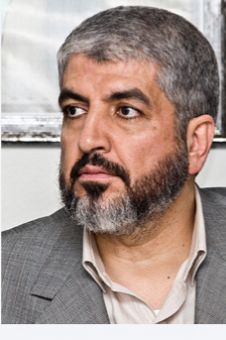 Khaled Mashal was Hamas’ politburo chief from 2004-2017. His term began after the Israeli assassinations of Sheikh Ahmed Yassin, and Abdel Aziz Al-Rantisi in 2004 and ended in a peaceful transition to Ismail Haniyah. Mashal saw the organisation through multiple attempts at a roadmap to peace and a major Israeli siege of the Gaza Strip. Mashal has shown a willingness to negotiate with Israel to return to the 1967 borders and grant Palestinians a right of return, while importantly implying the necessary existence of the State of Israel, despite Hamas’s historic denial of that possibility. Mashal has been one of the most direct and candid leaders in dialogue and confrontation with Israel and this has garnered international recognition. In 2021, Hamas elected Mashal for a four-year term as head of its office in the diaspora.