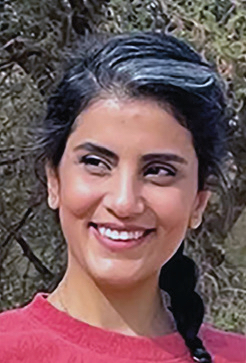 Al-Hathloul is a Saudi women’s rights activist and currently a political prisoner. She was a fierce critic of the law forbidding women to drive in Saudi Arabia and she used social media to challenge this and the male guardianship system.

In 2014, she was detained for 73 days after she attempted to drive into Saudi Arabia from the United Arab Emirates. A year later, Al-Hathloul attempted to stand in the local elections, which marked the first time Saudi women were allowed to vote, but was ultimately barred.

She was detained again in 2018, but this time she was tortured and held in prison without charges or trial for 10 months, but then charged the following year with attempting to destabilise the kingdom. Her trial was postponed due to the Covid-19 lockdown and put on hold indefinitely. Her husband, a Saudi stand-up comedian had also been forcefully returned from Jordan to Saudi Arabia and is currently also under arrest.