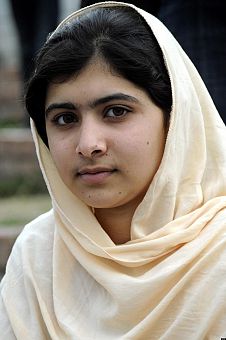 Yousafzai’s rise to prominence be­gan tragically when the Taliban shot her in a school bus for encour­aging girls to go to school in Swat. After the assassination attempt, Malala was flown to England, where she recovered and continued her schooling. She received high-profile support for her campaign to ensure that all children worldwide be schooled. In 2013, Yousafzai addressed the UN, re­ceived the prestigious Sakharov Prize, and was nom­inated for the Nobel Peace Prize, which she co-re­ceived in 2014 at the age of 17, thereby becoming its youngest-ever recipient. She has been granted audi­ences with royalty and world leaders, and this along with her high-profile international exposure has led some in her native Pakistan to question whether she has overreached. Now graduated from Oxford Uni­versity, books published and contracts from media companies, her global profile continues to rise.