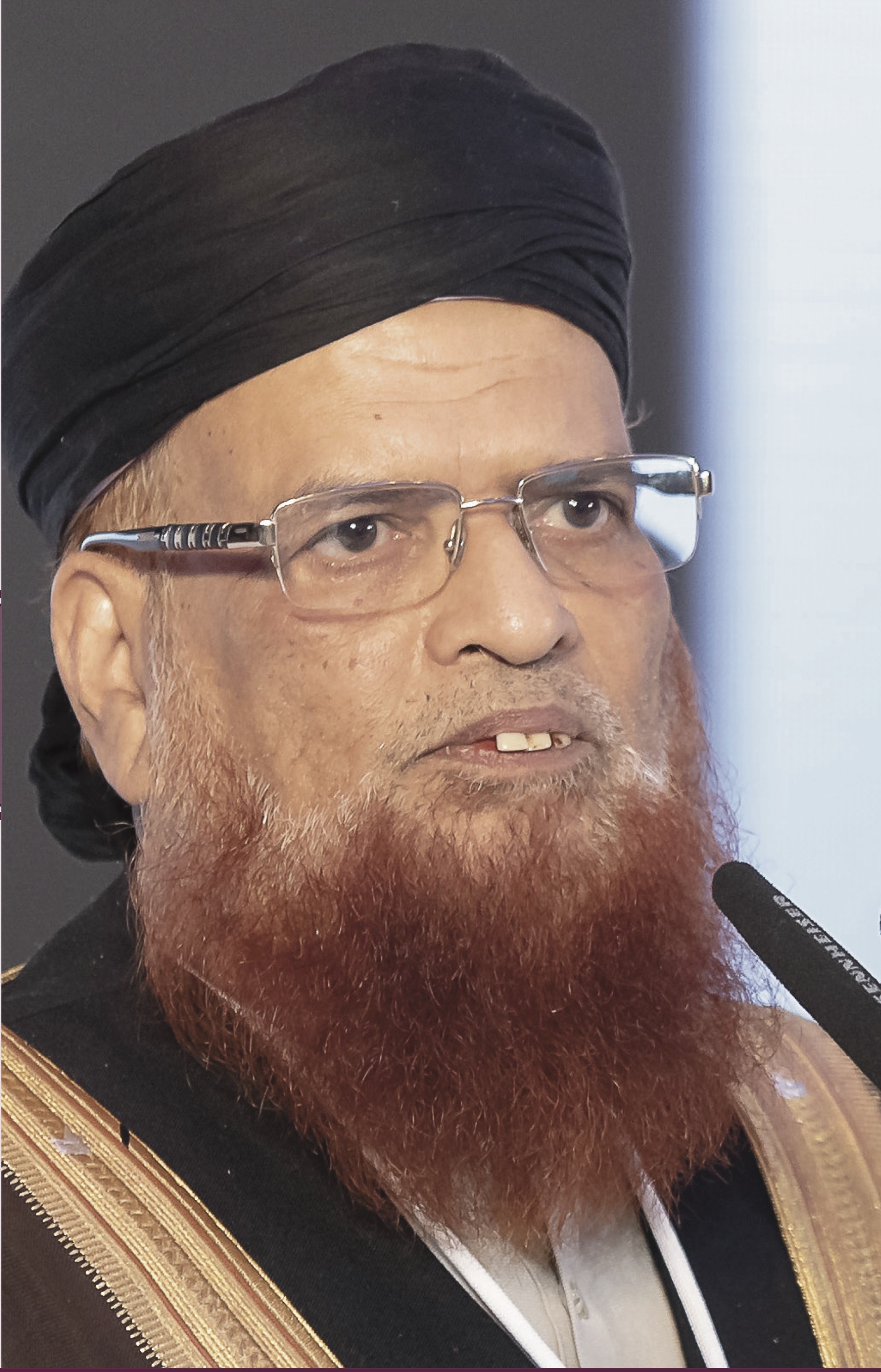 Influence: Leading scholar for the Deobandis and in Islamic finance

Justice Sheikh Mufti Muhammad Taqi Usmani is a leading scholar of Hadith, Islamic jurisprudence and Islamic finance. He is considered to be the intellec­tual head of the Deobandi School of Islamic learn­ing, as well as an authority outside of the Deobandi School. He served as Judge of the Shari’at Appellate Bench of the Supreme Court of Pakistan from 1982 to May 2002.

Deobandi De Facto Leader: Usmani is very impor­tant as a figurehead in the Deobandi movement— one of the most successful of the Islamic revivalist initiatives of the past century. His views and fatwas are taken as the final word by Deobandi scholars globally including those at the Deoband seminary in India. Usmani was born in Deoband, India, the son of Mufti Muhammad Shafi (the former Grand Mufti of Pakistan) who founded the Darul ‘Uloom, Karachi, a leading centre of Islamic education in Pa­kistan. He has authority to teach hadith from Sheikh al-Hadith Mawlana Zakariya Khandelawi amongst others, and he traversed the spiritual path of tasaw­wuf under the guidance of Sheikh Dr Abdul Hayy Arifi, a student of the great revivalist scholar of In­dia, Mawlana Ashraf Ali Thanvi. His students in the thousands are spread across the globe as leaders and imams, especially in the Indian subcontinent, central Asia and many Western countries. Deobandis con­sider themselves orthodox Hanafi Sunnis rooted in a foundation of sufi teaching, but allowing for a broad spectrum of interpretation which accommodates po­litically passive members to the Taliban.

Leading Islamic Finance Scholar: Usmani’s other influence comes from his position as a global author­ity on Islamic finance. He has served on the boards, and as chairman, of over a dozen Islamic banks and financial institutions, and currently leads the Interna­tional Sharia Council for the Accounting and Audit­ing Organization for Islamic Financial Institutions (AAOIFI) in Bahrain. He is also a permanent mem­ber of the International Islamic Fiqh Academy of the Organization of the Islamic Conference, one of the highest legal bodies in the Muslim world.

Writer: He has translated the Qur’an both into Eng­lish and Urdu. He is the author of a six-volume Ara­bic hadith commentary on Sahih Muslim. He is the Chief Editor of both the Urdu and English monthly magazine Albalagh, and regularly contributes articles to leading Pakistani newspapers on a range of issues. His legal edicts (fatwas), written over a period of 45 years, are published in 4 large volumes. He has au­thored more than 143 books in Arabic, English, and Urdu.

New Works: He is directly supervising The Hadith Encyclopaedia, a masterful, pioneering compilation which will provide a universal number to each hadith in a manner that will make referencing any hadith as easy as it is to refer to a verse of the Qur’an. The En­cyclopaedia will be over 300 volumes. A second major work recently published is entitled The Jurisprudence (Fiqh) of Trade. The book concludes with a proposed Code of Islamic Law of Sale of Goods and Transfer of Property, which serves as a powerful call to action for regulators and standard setting organisations alike.

Assassination Attempt: On 22 March 2019, as Muf­ti Taqi was on his way to deliver a Friday sermon, gunmen riding three motorbikes opened fire on his and an accompanying car. The Mufti, his wife and two grandchildren (a girl aged seven and boy aged five) miraculously survived the shower of bullets untouched, but two people lost their lives and a fur­ther two were severely injured. The Prime Minister of Pakistan condemned the attack as did scholars and politicians across the board. As of yet, no one has claimed responsibility for carrying out the attack. He was once again a target for assassination in 2021 and again in 2022.

Honoured: In 2019 Usmani was honoured with the Sitara-i Imtiaz (Star of Excellence) by the President of Pakistan. The Sitara-i Imtiaz is an honour and civilian award in the State of Pakistan, which recognises individuals who have made an “especially meritorious contribution to the security or national interests of Pakistan, world peace, cultural or other significant public endeavours”.

“I do not ‘recite’ du’ā’, I make du’ā’. Reciting du’ā’ is one thing, and actually making the du’ā’ is another thing altogether…”