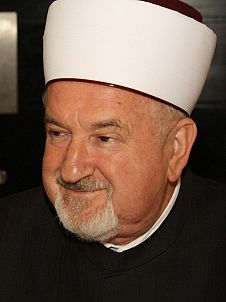 Dr Mustafa Ceric is considered one of the most influential Muslim leaders of current times. Schooled at the Gazi Husrev Beg Madrassa in Sarajevo, Al-Azhar University and the University of Chicago (PhD in Islamic Studies), he became an Imam in Zagreb in 1987 and was the Grand Mufti of Bosnia-Herzegovina from 1999-2012. Dr Ceric is an advocate of cross-cultural engagement as well as a peace activist. In 2006, he issued the ‘Declaration of European Muslims’ stating that European Muslims are dedicated to the common values of law, tolerance, democracy and human rights, the value of life, faith, freedom, property, and dignity. In 2008, Dr Ceric led the Muslim delegation of the ‘A Common Word’ initiative to the Vatican, which included a meeting with the Pope. Dr Ceric is currently the President of the World Bosniak Congress as well as an active member of many local and international scholarly organisations and societies.