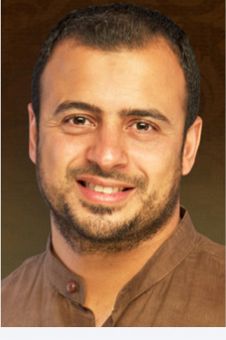 Mustafa Hosny is a televangelist and Islamic preacher who presented his first show in 2004 and has gone on to become a household name.

Mustafa Hosny is a televangelist and Islamic preacher who presented his first show in 2004 and has gone on to become a household name.

Changing careers: Mustafa Hosny started his career in sales after obtaining a BA degree in Business from the Ain Shams University in Egypt. He changed careers to become a full-time preacher after he received a Certification from the Institute of training preachers, an affiliate of the Ministry of Awqaf (Egypt).

Humanitarian: Some of his activities include combating drug addiction amongst youth. He is a supporting member for the Children’s Cancer Hos­pital campaign in Cairo and delivers seminars and campaigns for the “Life Clear of Smoking Associ­ation” in Egypt. He also supports blood donation campaigns.

Social Media: He has nearly 70 million followers on different social media platforms in addition to 5.5 million subscribers on YouTube. His YouTube vide­os have over 600 million views. His daily advice and softly spoken words endear him to the public and ac­count for his continued influence.