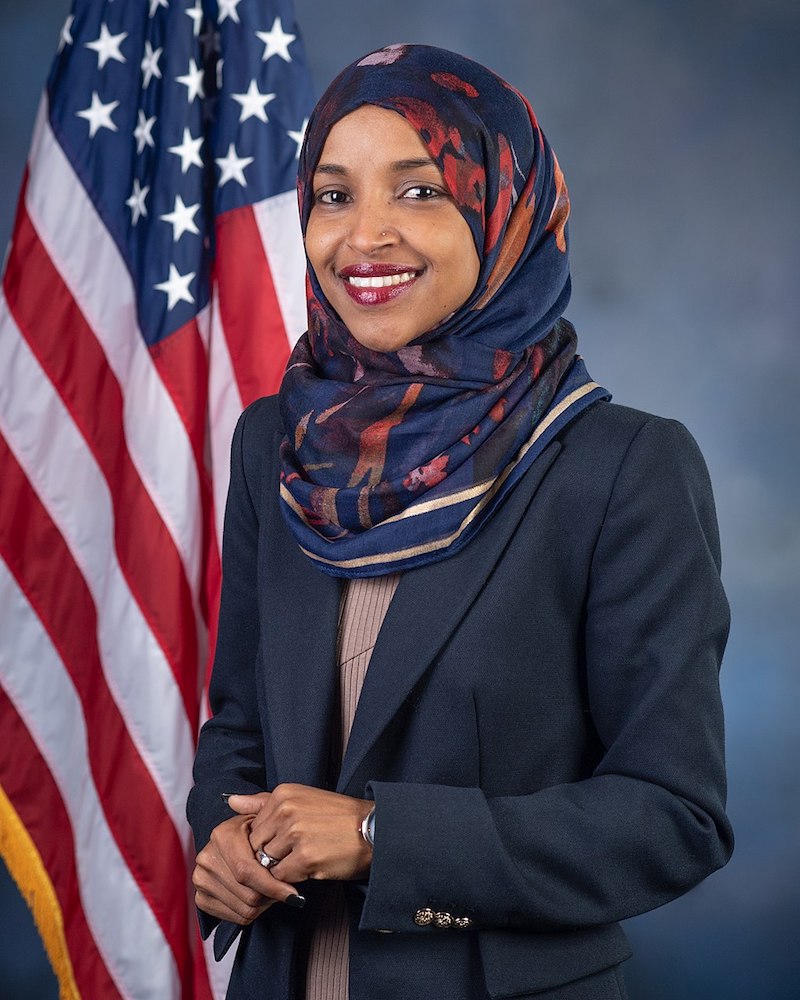 Born in Mogadishu, Somalia, to a Somali father and Yemeni mother, Omar came to the USA in 1995 at the age of 13. She excelled in studies and started work as a community nutrition educator whilst also working as a campaign manager. She is the Director of an association that advocates for women from East Africa to take on civic and political leadership roles. She has been the US Representative for Minnesota’s 5th congressional district since 2019 (having received the largest percentage of the vote of any female candidate for US House in state history). She is vocal in her support for the working class, students, the environment, Palestinians and other causes. Former President Trump tweeted against her on numerous occasions resulting in death-threats from white supremacists.