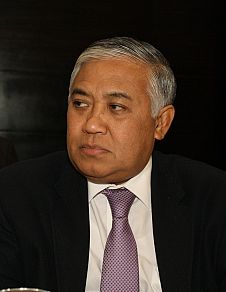 Professor Din Syamsuddin served as chairman (2005-2015) of the larg­est modernist Islamic organisations in Indonesia, the Muhammadiyah. He also served as chairman of the Indonesian Coun­cil of Ulema and is currently acting as chairman of its Advisory Council. He is a member of the Group of Stra­tegic Vision Russia – Islamic World, Chairman of the World Peace Forum and President of the Inter Reli­gious Council—Indonesia. He was recently re-elect­ed for another five-year term as President of the Asian Conference of Religions for Peace (ACRP). Syamsuddin is still very active in interfaith and in­tercultural dialogue and was appointed the Special Envoy for Religious Harmony by President Widodo.