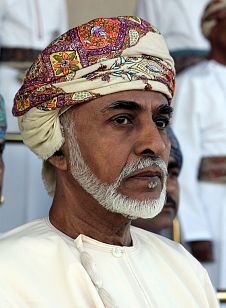 Sultan Qaboos bin Sa’id Al-Sa’id, the 14th descendant of the Al-Bu Sa’idi dynasty, ruled for over 40 years as Sultan of Oman. He revolutionised and modernised Oman, transforming it from a poor, isolationist nation into a land closely-linked with the African continent and devoted to economic development, regional stability, and religious tolerance.

Sultan Qaboos raised the Omani standard of living by building up Oman’s school system, health care, infrastructure, and economy. Within the last two decades, he introduced political reforms; including a bicameral representative body, a basic law, universal suffrage, and a supreme court.

Moreover, despite Oman’s relative lack of oil and gas compared to other Gulf States, Qaboos invested his country’s wealth so that all citizens are guaranteed free education up to the doctoral level; free healthcare, free land, soft loans for building homes, jobs and social security for the disabled, orphans and widows Sultan Qaboos helped build or restore thousands of mosques at his personal expense, the grandest being the Sultan Qaboos Mosque, which can accommodate up to 20,000 worshippers.

Qaboos was a discreet but strong supporter of moderate Islam and created a unique Islamic culture in Oman that has carefully combined the best of traditional Islam with the benefits of the modern world. Sultan Qaboos promoted culturally-specific Islamic dress, art, architecture and education, and was a keen advocate of environmentalism. Qaboos also supported the non-Muslim population through the construction of Catholic and Protestant churches in the country as well as Hindu temples. Sultan Qaboos was globally recognised for his diplomatic leadership in the Persian Gulf region.