Rania Al-Abdullah
Queen of the Hashemite Kingdom of Jordan 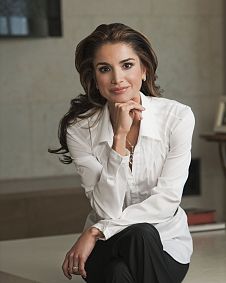 Rania Al-Abdullah
Queen of the Hashemite Kingdom of Jordan

Her Majesty Queen Rania Al-Abdullah is the wife of HM King Abdullah II ibn Al-Hussein, but is also in her own right an educational activist with global appeal. Through sheer hard work, she has developed one of the largest virtual followings of any Muslim in the world (over 33 million followers), and she defends and humanises Islam and Arab causes in-and to-the West as effectively as any Muslim scholar in the world. She is the initiator and key leader behind the launch of several educational initiatives such as the Jordanian Madrasati, “My School”, a project for the development of Jordan&apos;s public school system. In 2017, Queen Rania received the Global Trailblazer Award and the Fellowship Award from “Fashion for Relief&apos;” in recognition of her humanitarian efforts towards children caught in conflict.