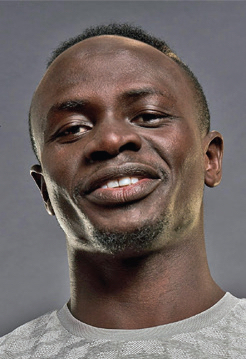 Sadio Mane is a Senegalese and Bayern Munich footballer, current African Footballer of the Year and globally renowned as one of the best footballers in the world. He had been instrumental in Liverpool’s success (2016-2022) winning the Champions League in 2019 and then ending a 30-year wait to win the Premier League in 2020. He also played for the Senegal team which reached the 2020 African nations cup final. He is seen making supplication before the start of each match and performs a prostration every time he scores a goal. He is well known for his modest and humble personality, and has donated significant amounts of his personal wealth to develop the infrastructure in his hometown of Sedhiou. He transformed his childhood village of Bambalia—a village in the south of Senegal—with a number of charitable works, including building a new hospital, school, mosque, sports stadium and other infrastructures.