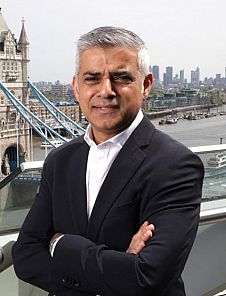 Sadiq Khan, the son of a London bus driver, was elected the Mayor of London in May 2016 and then re-elected in May 2021. His jour­ney to arguably one of the highest posts in the UK in­cluded being a human rights solicitor, chair of the hu­man rights group Liberty, councillor for Wandsworth, and then MP for Tooting from 2005-2016. He is a member of the Labour Party and served as Minister in two posts in Gordon Brown’s government as well as serving in Ed Miliband’s shadow cabinet in more senior ministerial posts. Much has been made of his British Pakistani ethnicity as well as him being Mus­lim, but he has stressed that those parts of his identi­ty merely strengthen his willingness to serve all parts of society. He has worked to build cohesion among London’s diverse communities.