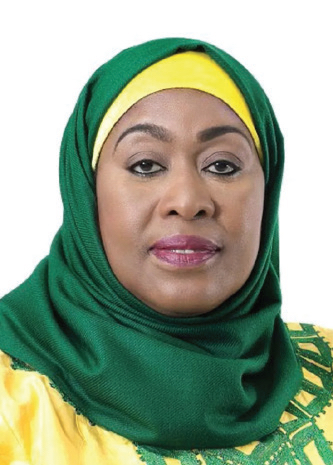 Hassan is the current President of Tanzania, having assumed the post after the death of the former President in March 2021.

Hassan is the current President of Tanzania, having assumed the post after the death of the former President in March 2021.

Politician: Born in 1960 in the Sultanate of Zanzibar, she ran for public office in 2000 and was elected as a special seat member to the Zanzibar House of Representatives. In 2010, she was elected to the National Assembly and was appointed as the Minister of State for Union Affairs. In 2015, she became the first female vice-president in the history of Tanzania after John Magufuli was elected president. The same pair won the 2020 elections.

President: After Magufuli’s death in 2021, she was sworn in as his successor, becoming Tanzania’s first female President. Among her first actions as president were enacting nationwide mandates to curb the spread of covid-19 in the country. She publicly took the vaccination and encouraged others to do so, in stark contrast to her predecessor. She has consolidated her position in her second year in office and been praised for her approach in encouraging investment, tourism and diffusing tensions with neighbours, especially with Kenya over Bagamoyo port.