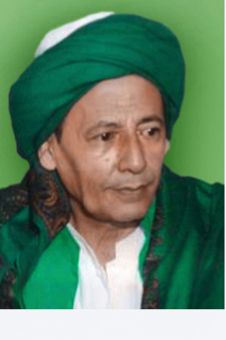 Habib bin Luthfi is currently: Ra’is ‘Amm of the Jam’iyyah Ahli Thariqah Al-Mu’tabarah Al-Nahdliyah (Head of the Association of Recognised Sufi Orders), Head of MUI Middle Java, and the spiritual leader of the Ba Alawi tariqa in Indonesia.

Ba Alawi: The Ba Alawi are descendants of the Prophet (peace be upon him) who migrated to Hadramaut in Yemen early on in Islamic history. They played a major role in bringing Islam to the Far East, including Indonesia and Malaysia, and they hold high prominence to this day. They emphasise the importance of inward sincerity coupled with the study of religious sciences, especially as espoused by Imam Ghazali.

Seeker of Knowledge: Habib Luthfi started his quest for knowledge early in life, and first studied under the tutelage of Ba Alawi teachers in Indonesia. He then travelled to Makkah and Madinahh for further education and received authorisation (ijaaza) in all the traditional fields of learning including hadith, and sufism (tasawwuf). His authorisation to be a spiritual master comes from more than one tariqa (spiritual brotherhood).

Spiritual Guide: He has established thousands of schools, mosques and zawiyahs in Indonesia, and has a following numbering millions. He emphasises spiritual practices, especially the recitation of litanies (awraad).