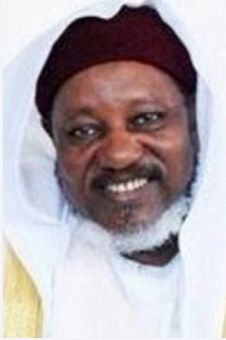 Sheikh Dr Ibrahim Salih is currently the head of the Supreme Council for Fatwa and Islamic Affairs in Nigeria and recently became a member of the ‘Muslim Council of Elders’ which embraces prominent scholars.

Early Studies: Sheikh Ibrahim was born in Borno State in north-eastern Nigeria in 1938 and started his quest for knowledge at a very young age by accompanying his father, Sheikh Muhammad Al-Salih bin Yunus Al-Nawwy. He lost his father at the age of seven, and so completed his initial studies at the Supreme Islamic Institute in Nigeria and then studied at the hands of renowned scholars in countries such as Saudi Arabia, Egypt, Morocco, India, Pakistan, Senegal, Niger and Sudan.

Scholar: Sheikh Ibrahim lectures in the fields of Tafsir Al Qur’an (exegesis) and the Hadith as well as Islamic Sciences, Jurisprudence and ethics. He has over 100 written works. He has held and still heads several significant positions, some of which are: Founder and mentor of the Islamic renaissance Organization, Adviser to the Federal Government on its Islamic Affairs since 1992, Assistant Secretary-General for African Affairs in the World Islamic People’s Leadership 1989 and many more.

Current: He recently opened the Sheikh Sharif Ibrahim Saleh Islamic Centre, which will focus on teaching and research. It’s aim is to “promote a better understanding of contemporary challenges and how to face and handle such challenges in today’s world.”